see this and more videos

Most people return from their exotic holidays ladened with pictures of people, landscapes and food.... more 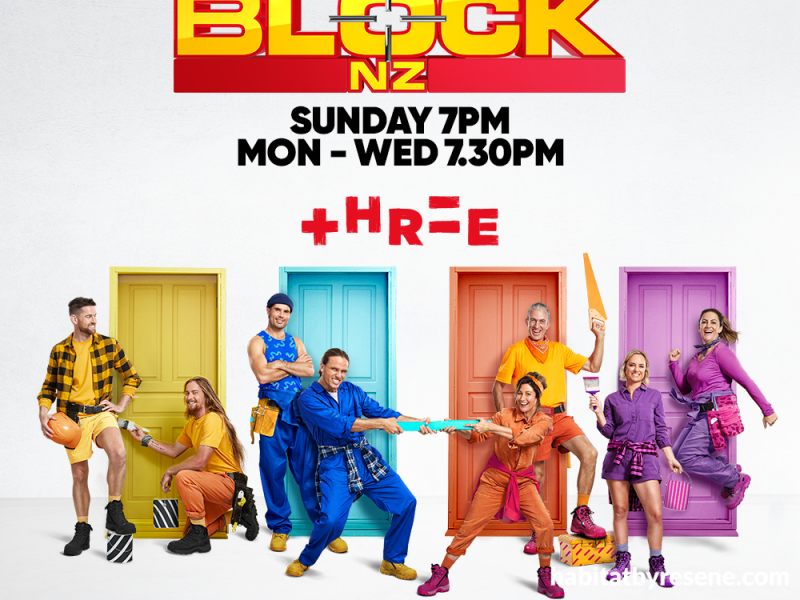 Three’s The Block NZ returns to NZ screens this week – and this season promises to be bigger and better than ever. Set in Auckland’s aspirational inner-west suburb of Point Chevalier, the reality DIY and renovation show, which airs on Three and streaming service ThreeNow, sees four teams competing to renovate the most impressive architecturally designed homes The Block NZ has ever seen.

Resene is proud to be supporting The Block NZ again and the team at habitat look forward to seeing the colourful room designs the competitors dream up this season. Resene’s trade sales representative Jay Sharples has been working with The Block NZ for several years and says this year’s competition won’t disappoint.

“Talk about fast paced. This year's contestants have been great. I find every year is better than the last with design ideas but also with the quality of the finishing,” says Jay.

At the end of the 12 weeks the teams’ houses will be put up for auction where they will take home any profit made over the reserve. The team that earns the highest profit above reserve will also take home the $100,000 grand prize.

Week 1 sees the contestants working towards completing the Guest Bedroom.

We’ll share updates of the projects each week, so keep an eye out for colourful inspiration from the teams using Resene paints and wallpapers.

Meg & Dan used a statement wallpaper Resene Wallpaper Collection 5223-2 which they paired with walls and the ceiling in Resene Black White.

This season of Three’s The Block NZ promises to be quite colourful if the first room reveal is anything to go by. The Guest Bedrooms revealed in last Sunday’s episode of the hit Three reality show featured striking Resene Wallpaper Collection 5223-2, a bold Resene Ayers Rock tongue and groove feature wall and an immersive Resene Waiouru painted bedroom – and the feedback from the judges was just as bright.

Tim & Arthur used crisp Resene Black White on the walls and ceiling of their winning bedroom, which they paired with colourful beach-themed decals and décor.

Another exciting week on Three’s The Block NZ saw the four teams create five colourful Kid’s Bedrooms. With $7000 on the line, the teams continued to up the ante treating Block-a-holics to rooms with bold Resene wallpapers and colours.

Connie & Rach’s winning family bathroom continued the theme of their house with a luxurious atmosphere and gold décor. Resene Barely There on the ceiling and trim complements the marble tiling and reflects the light from the skylights.

Family Bathroom Week on Three’s The Block NZ proved to be one of the biggest weeks to date. The week was interrupted when New Zealand was plunged into level four lockdown, and the site had to shut down. One year on, almost all of the teams were back and ready to build, with the exception of a new member for Team Purple, Connie, joining Rach in House 1.